Bellabeat, the maker of a line of health trackers aimed at women, has sold over 400,000 units of its first health tracker known as the Leaf – a name given to the device because of its leaf-like shape which can be worn on the wrist, as a brooch, or pendant. Today, the company is rolling out its next generation tracker called the Leaf Urban. The update gives the wearable a more modern feel, and arrives alongside a new mobile application that helps women track stress and resolve it through meditation exercises.

The Leaf is one of a handful of wearables that tries to straddle the world between being a “techie” gadget and something women actually enjoy wearing because of its aesthetic appeal.

The original Leaf had more of a “nature” look-and-feel, however, which wasn’t to everyone’s taste. The updated version tones down that design for a more edgy option. It’s also smaller and lighter, and made with an eco wood composite, so it maintains the non-plasticy look that made the first device appealing.

The Leaf Urban is sturdier than its predecessor, too, and offers an updated line of accessories, including a better bracelet where the device won’t shift and turn as much as before, the company says.

The device is also water-resistant, but the sensors remain the same. The device can still measure your activity and sleep, while you can also track your ovulation and monthly cycle using the accompanying mobile application. Thanks to the combination of data it collects, Leaf can help women predict their moods and stress levels, as well as better understand how their pattern of cycles impacts their sleep and activity.

Now, with the arrival of the Leaf Urban and new app, available on both iOS and Android on August 1st, the company is diving even further into stress management than previously.

“Based on the data we collected from the first generation of Leaf, we were able to find a correlation between activity, sleep, a woman’s period and stress levels,” explains Bellabeat co-founder and CEO Urska Srsen. “Now we are able to predict which parameters, such as lack of sleep, will cause stress levels to be higher and give valuable health feedback to our users.”

The new app includes a dozen meditation exercises that help women manage their menstrual discomfort, stress, plus those aimed at boosting confidence and overall performance.

The Leaf Urban comes in Silver ($119) and Rose Gold ($129). It will be sold online via the Bellabeat website and elsewhere, including Amazon, Best Buy, Target, The Bay, Brookstone, Bed Bath & Beyond, Virgin Megastores, and others. 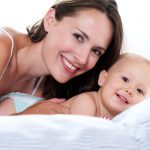 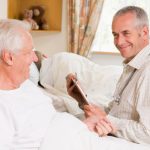